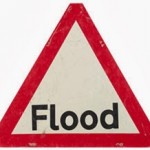 Flood insurance relief may be in sight for homeowners and the St. Petersburg – Tampa area’s beleaguered real estate market.

The U.S. House of Representatives overwhelmingly passed the Homeowner Flood Insurance Affordability Act on March 4 that will, if approved by the U.S. Senate, prevent the runaway rate increases imposed by dramatically misguided legislation passed in 2012, legislation that devalued properties, wreaked havoc with buyers and sellers and effectively put a damper on our recovering housing market.

The House’s 306-91 vote thwarts radically higher flood insurance rates from being imposed on primary residences, which is welcome news to sellers of properties facing rate increases of up to 900 percent, to buyers who have stayed on the sidelines watching the political back and forth play out, and to Realtors® who collectively pulled out their hair while watching the federal government put the kibosh on the recuperating real estate market here.

Under the House’s bill, premiums can increase by no more than 18 percent annually and the Federal Emergency Management Agency (FEMA), the agency overseeing the flood insurance program, “must strive to keep flood insurance (rates) under one percent of a property’s total coverage.” So, for example, a homeowner with $250,000 worth of flood coverage would pay no more than $2,500 annually for a policy.

The House bill also protects homes built to meet current flood zone map regulations from being reclassified to higher risk categories, which would have radically increased the number of properties subject to the increased rates.

However, the bill falls short of helping second-home owners or businesses that will still be subject to annual 25 percent increases for flood coverage.

To become law, the U.S. Senate must pass an identical bill, which could take place by the end of this week. The Senate previously passed a bill that would delay rate hikes for up to four years, and they will now debate whether to adopt the recent House version, or offer their own compromise that would again need to pass both the House and Senate.

Still, passage by the Senate is not guaranteed. Even with the strong bipartisan support that helped pass the House bill Tuesday, critics maintain that taxpayers, especially taxpayers who do not live in flood prone areas of the country, will be forced to subsidize what some call a financially troubled flood insurance program.

Therefore, we again urge readers to contact our elected officials, especially our U.S. Senators, and demand that they pass the House measure as quickly as possible. Simply click the links below and express your support for the legislation.

Stay tuned, we will keep you posted.