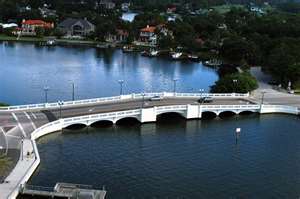 Little did C. Perry Snell know in 1925 when he began developing the Snell Isle community that it would become one of the most desirable waterfront neighborhoods in the greater Tampa-St. Petersburg area. Today, a memorial stands in Snell Isle Park honoring his foresight, the European and Spanish architectural styles he introduced and the peaceful environment he created.

The Snell Isle Property Owners Association is a hands-on nonprofit corporation that carries on Snell’s vision and protects the heritage of the area by guiding improvements and maintaining its unique way of life. The Association is responsible for recently restoring Snell Isle Park Plaza, complete with meandering walkways, original European statuary and artwork Snell brought back from Europe at a cost of over $1 million (in 1920’s dollars!).

Snell Isle’s Florida Homes Dating Back to the 1920’s

Many of today’s homes date back to the 1920’s, some remodeled over the years, others exactly as they were originally constructed. In recent years, original houses, many directly on the waterfront, have been replaced by large, luxury homes priced in the millions. Despite the changes over the years, Snell Isles continues to offer buyers a wide spectrum of styles and price
ranges, all within a five-minute drive to downtown St. Petersburg’s distinctive shopping, community parks and a vibrant arts and entertainment scene.

Snell Isle is home to two churches, two schools and a thriving shopping center on Snell Isle Boulevard. The site of today’s St. Petersburg Women’s Club was donated by Snell in 1928 and continues to be an active community organization dedicated to preserving the character of the area. The Snell Isle Marina is a very active center for boaters and a popular destination for west coast Florida cruisers.

Chris Hounchell, Hounchell Real Estate’s Broker Associate, is an expert in buying and selling homes in the Snell Isle area.