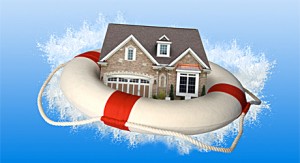 An important part of the agreement reached by Congress January 1st preserves the 2007 Mortgage Forgiveness Debt Relief Act, keeping many short sales sellers from having to pay taxes on the difference between what they owe on their mortgage and the actual sale price.

Short sales (FAQ) are real estate transactions where lenders allow homeowners to sell homes for less than the balance of the mortgage. These sales have been an important factor in reviving the St. Petersburg-Tampa, and national, real estate markets.

The so called “fiscal cliff bill” will save many upside down homeowners thousands of dollars in taxes and could serve to further spur sales. Sellers, who before the January 1st vote were worried about the additional taxes they would have to pay, are breathing a huge sigh of relief. Buyers are also breathing easier knowing what could have been a game changer as of December 31, 2012 has been avoided for at least another year.

For example, had the Debt Relief Act expired December 31st, a homeowner in a 25 percent tax bracket who sold their home for $150,000 less than the balance of their existing mortgage could owe approximately as much as $37,500 in federal income taxes in addition to taxes they owe on the balance of their ordinary income. Thanks to passage of the bill January 1st, those who qualify would owe zero as long as the sale can be completed by the end of 2013.

The National Association of Realtors estimates that in 2011 alone, the Debt Relief Act saved sellers over $1 billion. Read their article on “Real Estate Provisions In Fiscal Cliff Bill.”

Real estate agents from throughout Florida banded together to pressure their elected congressional representatives to extend the tax break, citing the importance of short sales to reviving the market and the economy.