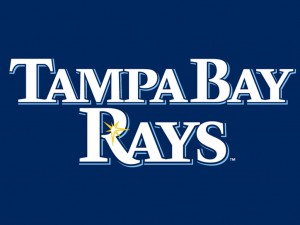 Baseball – With the Tampa Bay Rays currently only 2 games out of first place behind the New York Yankees (as of September 9), it’s anyone’s race, and the Rays have a history of finishing strong. Check the Ray’s schedule and buy your tickets now before the final home game with the Baltimore Orioles Wednesday, October 3.

Football – The Tampa Bay Buccaneers kick off their 2012 season Sunday, September 9th, at home against the Carolina Panthers. The Bucs are in the midst of rebuilding their defense while quarterback Josh Freeman hopes to solidify his offensive leadership role, and take the reins to lead the team after a two-win, two-loss preseason. Anyway you look at it, pro football in Tampa Bay is a winner. Tickets are still available. Purchase now.

Hockey – In 2004, the Tampa Bay Lightning brought home the Stanley Cup, one of the most revered trophies in all of professional sports, to the Tampa-St. Petersburg area. With league-leading players like Steven Stamkos, Vinny Lecavalier and Martin St. Louis returning this season in front of a rebuilt defense, the 2012-2013 season, the Lightning’s 20th year in the National Hockey League, could be an excellent one for the Lightning. Preseason games begin Wednesday, September 26th, and the regular season home opener is Tuesday, October 16th, against the New York Islanders. Visit the Lightning’s online ticket office and get your seats today.

And on the college level, The University of South Florida Bulls have become a powerhouse in Florida and college football since their debut in 1997. Since that time, the Bulls’ football program grew steadily and in 2007 they were ranked #2 in the country in the AP Poll after beating the University of South Florida. Football continues to be a strong part of university life at USF. Tickets to this year’s home games are available for purchase online.

See you at the games!

The team at Chris Hounchell & Associates.