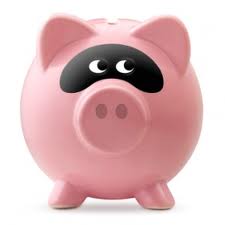 If you’re one of the thousands in the St. Petersburg-Tampa area (and around the state) who have had their Citizens Property Insurance “assumed” by another carrier, you’re probably finding it hard to fathom how and why they could do such a thing. Citizens is a not-for-profit, tax-exempt government corporation whose public purpose is to provide insurance protection to Florida property owners throughout the state.

Basically, the state run and funded “insurer of last resort,” as it is often referred to, is trying to reduce its exposure, and ultimately we taxpayers exposure, by shedding as many policies as possible regardless of whether there has been a history of claims, or not.

According to the Florida State Insurance Commissioner’s office, Citizens has every right to sell their policies, which is in fact what they’re doing, to other state authorized and licensed insurance companies who are members of the Florida Insurance Guarantee Association (FIGA). FIGA backs all policies “as written,” says the Commissioner’s office.

If your Citizens dwelling coverage is say $250,000, which comes with coverage for other structures, personal property, loss of use, personal liability, medical payments, personal property replacement, fungi and sinkhole coverage, etc., the company “assuming” your policy does so at the same levels and premium, at least until it’s time to renew your policy. However, if for some reason you choose to stay with Citizens, they will greatly reduce your coverage limitations. So you’re left with a choice between two not so nifty alternatives. Plus, you won’t know what your new carrier will charge you upon renewal until 45 days prior to your renewal date.

As a result, many homeowners are taking on the always-enjoyable task of reevaluating their insurance portfolio and performing the annual Florida insurance review to determine whether there are alternatives to Citizens and the assuming company. Often, it turns out that alternatives do exist that can save homeowners a load of money in some cases.

Recently, one of our customers started out just looking into potential homeowners underwriters. After finding alternatives that provided the same coverage as Citizens, but at significantly lower rates, this spurred him to expand his reevaluation to include health, auto and his umbrella liability policy. At the end of the day, he was able to bundle his homeowners, auto and liability policies, and save over $3,000 a year for virtually the same coverage.

It’s a smart idea to take some time each year to compare your current homeowners and auto insurance coverage with alternative companies. You’ll certainly stay on top of how much coverage you need and carry, and it may save you a substantial amount of money.