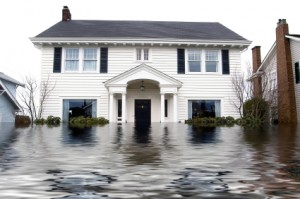 The 2013 Hurricane Season officially gets underway Saturday, June 1 and lasts through the end of November. A great majority of homes in the St. Petersburg-Tampa area lie within a flood zone. Make sure you get flood insurance coverage before it’s too late.

More homes are damaged by floods in the United States than by any other natural disaster.

Superstorm Sandy, which in October of 2012 tore through the Caribbean, the Bahamas and along the United States’ east coast, resulted in nearly 150 deaths and damage totaling nearly $20 billion, not to mention $10 to $30 billion in lost business. Sandy was one of the most costly natural disasters in the United States. Winds topped 80 mph in Atlantic City, New Jersey. Tides were 20 percent higher than normal. Sandy brought flooding, downed trees and power lines, stranded residents, fires and about 8.5 million people were without power across 15 states.

According to the National Association of Insurance Commissioners (NAIC), roughly 33 percent of homeowners believe that flood damage is covered by a standard homeowners policy. Many of those in the path of Sandy now know better. You should, too.

♦ Flood insurance can only be purchased through an insurance agent. Rates are set by the federal government and are the same from agent to agent. To find an agent in your area, call the National Flood Insurance Program (NFIP) at 888-379-9531.

♦ Homeowners living in a flood-prone area are four times more likely to experience a flood during their 30-year mortgage than those in higher lying areas.

♦ There is a 30-day waiting period from the time flood insurance is purchased until it goes into effect. If you live in a flood-prone area, buy your flood insurance now. Do not wait until a storm approaches.

♦ Homes and businesses in high-risk flood areas with mortgages from federally regulated or insured lenders are required to have flood insurance.

♦ Even if you live in a moderate-to-low risk flood area, you can still cover your home and contents through flood insurance.

♦ Flood insurance is backed by the United States government.

♦ Sellers can transfer an existing flood insurance policy to a new buyer at no charge.

♦ Check with your insurance agent to see if your existing home, or one you’re considering buying, is located in a flood plain and if so, what is the level of risk.

♦ Federal Disaster Assistance is a loan that must be repaid by the homeowner, with interest.

♦  Flood insurance claims are paid even if the President does not declare a federal disaster.

♦ Renters can purchase flood insurance that will pay up to $100,000 for personal belongings.

♦ Homeowners, business owners and renters may purchase flood insurance provided their community participates in the NFIP.

♦ Purchasing flood insurance before you need it is the best way to recover from a flood.

You may live in an area with a history of flooding due to a variety of causes. If so, protect your home, your belongings and your family with flood insurance. Be smart and buy your policy today.